Each year, Kietaviškių greenhouses grow over 10 tonnes of misshapen vegetables. Due to strict EU regulation, those cannot be sold in supermarkets.

Feeling the responsibility for all the food that is wasted as a result, Kietaviškių initiated an amendment to the law, and for the first time in Lithuania oddly shaped vegetables appeared on the supermarket shelves.

And us, we took up a challenge:

Oddly shaped cucumbers and tomatoes became the heroes of the fairy tales Beauty and the Beast and The Ugly Duckling. With this metaphor, we invited people to choose non-standard vegetables and contribute to reducing food waste.

The campaign was a great success. The partnering retail chain – one of the country’s leaders – provided its advertising channels – POS, social networks and influencers. Outdoor and TV advertising providers offered significant discounts on publicity. People were searching for the billboards in the city and sharing their impressions on social networks. Non-standard vegetables were sold out before the end of the campaign.

The successful social responsibility campaign did not only contribute to changing people’s attitudes towards food waste and saved vegetables; it also earned free advertising channels and significantly increased brand awareness and brand love.

Surveys have shown that Kietaviškių CSR advertisements are better noticed than conventional product ads, and people have a more positive attitude towards them. 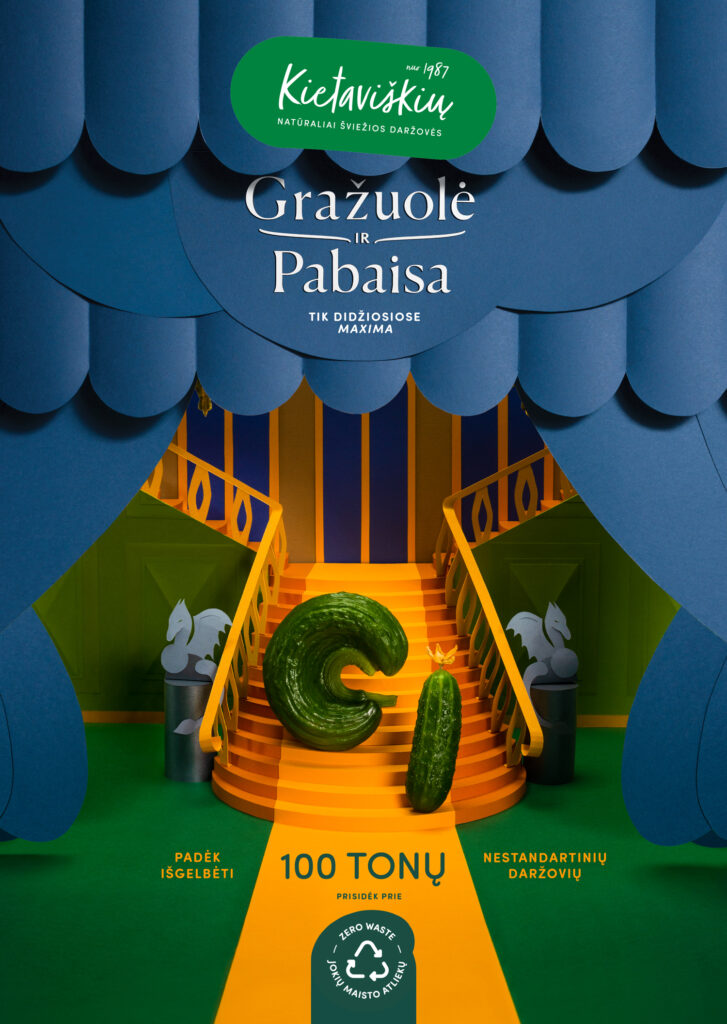